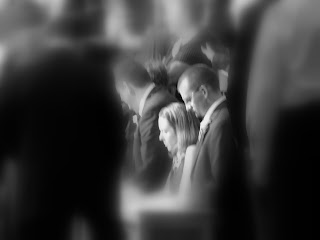 Last Thursday night, I was ordained as an elder in the Church of the Nazarene.  As I have reflected on my ordination over the last several days, there is one word that comes to my mind repeatedly: trust.  While ordination is an event filled with much meaning and significance, perhaps what it signifies more than anything else is that Christ's Church has placed its trust in you.  After seven years of education and three years of applications, interviews, and full time ministry, the Church has in effect said "We believe David Young to be a trustworthy steward of the gospel of Jesus Christ."

Of course, this sign of trust on the part of the Church does not come as a surprise.  I committed myself to be a minister of the gospel 10 years ago and have been on this path ever since.  I have been pastoring a congregation for 3 years already, my calling as their spiritual leader being a substantial gesture of trust to a 25 year old in its own right.  And I've known for several months that I had already been approved by the ministerial credentials board of our district, meaning that barring some unusual event I knew I would be ordained on July 15th, 2010.  And yet, in spite of all that, there was still something surprising, unexpected, subtly grace-filled about the ordination itself.  While it was expected, I know it was not earned.  In that sense, it was like the wedding anniversary of a strong marriage; while you've always expected that person you committed yourself to years ago to be by your side you still find yourself surprised by the grace that is their presence in your life.  While you expected nothing less, you also know it is infinitely more than you deserve.

Even while I have oriented my whole life around this calling, it is difficult for me to comprehend that the Church has entrusted to me the same gospel which Christ entrusted to his apostles so many years ago; that Christ's Church has said "Yes, we believe, as you do, that the God who created and redeemed us has called you to this ministry"; to think that this apostolic faith passed on faithfully for centuries has now been laid on my shoulders by those who had it laid on their shoulders by others who had it laid on their shoulders...  It is exhilarating.  It is humbling.  It is terrifying.  It is affirming.  It is a sacred trust that I will not forget nor forsake but by the grace of God will give myself to as long as I shall live. 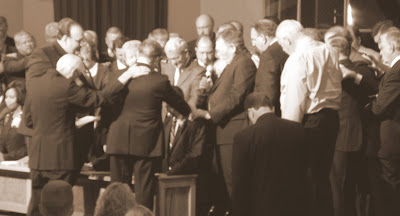