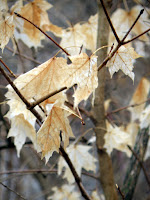 Last night, I shared death with the group of people with whom I share life.  I reminded them that we are all headed toward the grave.  As I marked each of their foreheads with ashes, it occurred to me what an odd gathering this was; what an odd privilege my role in it was.  What other group of people pays someone to remind them of their mortality?  A lot of people get paid for just the opposite; to help others deny death, put it off, pretend its not on its way.  But here were these people coming to me willingly leaning forward to be marked with dirt and hear the words "You are dust...". 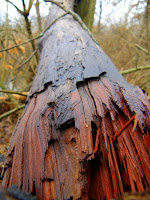 Then I had to mark my own wife, my own children with these same ashes.  It is one thing to mark a group of people for death who are mostly older than you, many of whom are already so pained with varying ailments that they are in little need of being reminded of their own mortality.  It is another to mark the one to whom you have bound yourself for as long as you both shall live.  It is yet another to mark these little ones whose death you pray you will never see.  But even in these little bodies that are so full of life and vitality, the decaying corruption of this world is already sown.  Even these are gifts from God who must come to know the way of the cross.  Even these can not be held back from the God who demands that we trust him with everything if we claim to trust him at all.  The imposition of these ashes was a three day journey to Moriah without leaving the sanctuary of our church. 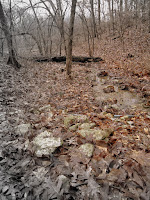 Prior to our Ash Wednesday service yesterday, I took a half day journey through Weldon Springs.  This time of year, this place that is normally teeming with life and beauty was filled with the browns and grays of decay; too late in the year to be blanketed by snow and too early to show many signs of spring.  While I walked through the decomposing leaves and lifeless brush, one thought seemed to occur to me repeatedly: "In spite of the appearances, no one doubts that the new life of spring is on its way."  It might not come as fast we'd like but we all take it for granted that spring is near.  I had come to the park expecting the dull lifelessness of late winter and that is exactly what I saw.  And yet, all I could think about was the life that would soon surround this lifeless trail. 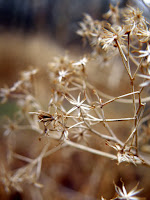 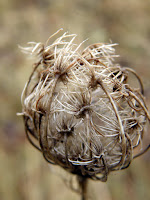 As the Church, we are not called to be a merely optimistic people but a hopeful people.  What I mean is that we are not a people who simply ignore the death and decay of our world believing that its not really that bad or that it will work out somehow.  Instead, we are a people who mark ourselves with dirt, who gather around a table and meal that commemorate a painful and unjust death, who put the cross at the center of our existence precisely because we recognize just how bad it is and that things will not simply work themselves out unless God intervenes.  But while we are not merely optimistic, we are hopeful because we have no doubt that the new creation is on its way.  It might not come as fast as we'd like it to but we all take it for granted that God's redemption of our world is near, that the kingdom of heaven is at hand.  We are a people recognize the undeniable gravity of the tomb but who also look into its darkness to find it in empty.  We are a people who acknowledge that we are dust but who also believe that the God who originally formed us from that dust of the ground can also raise us anew after we have returned to it. 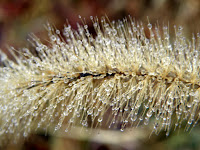